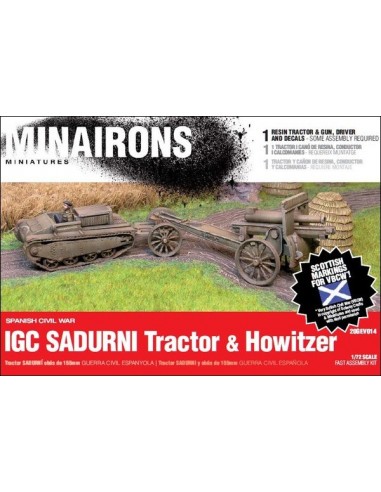 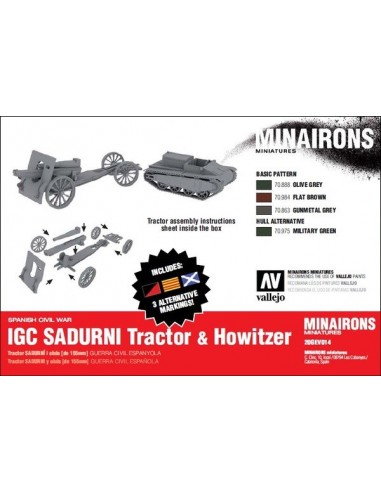 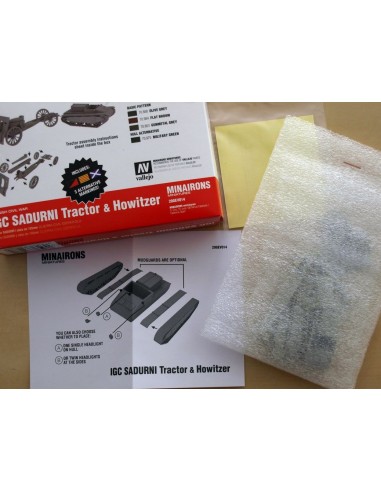 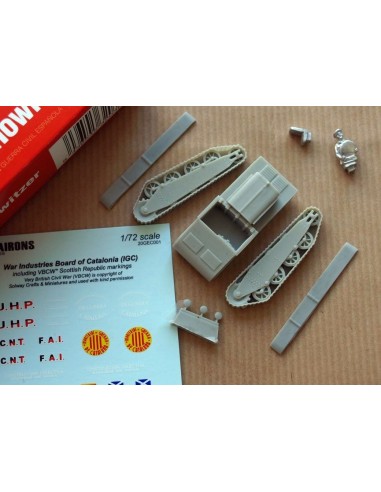 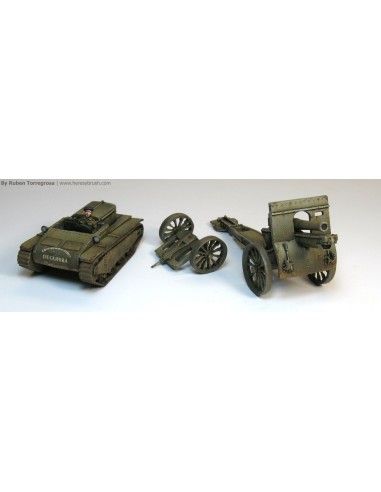 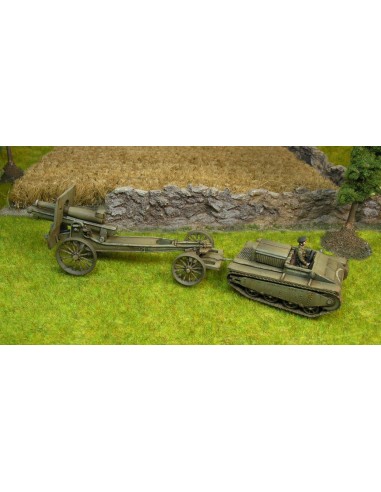 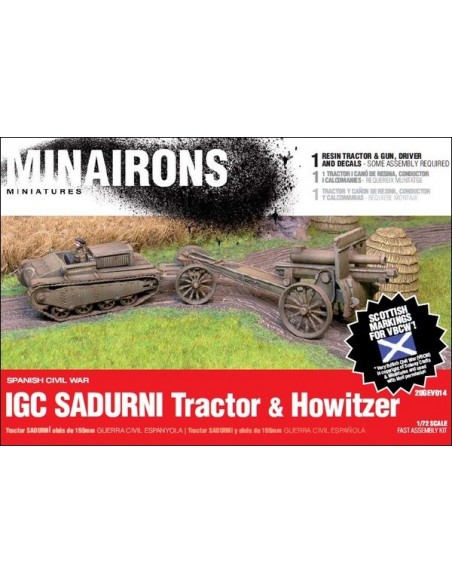 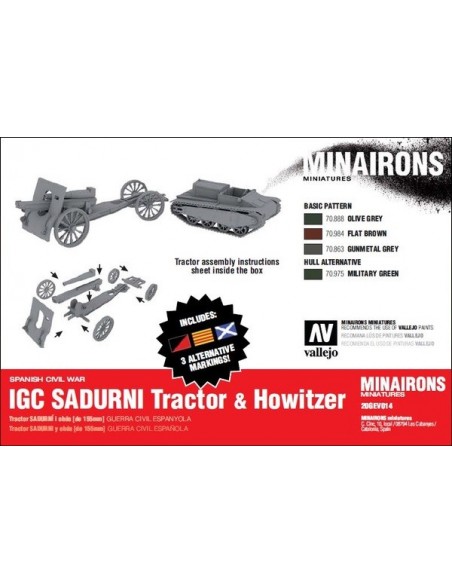 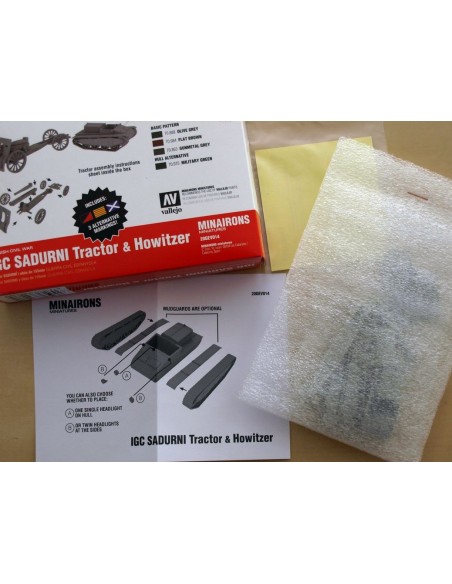 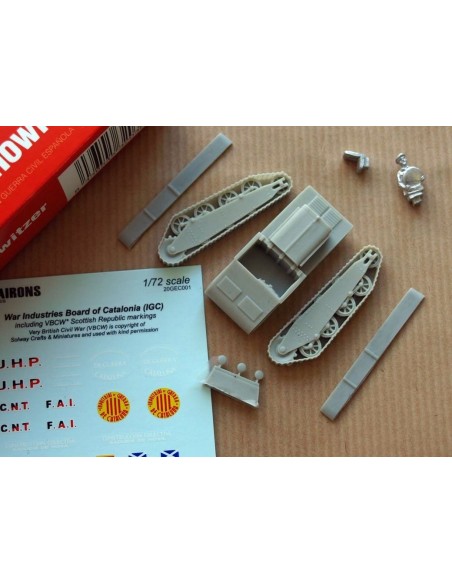 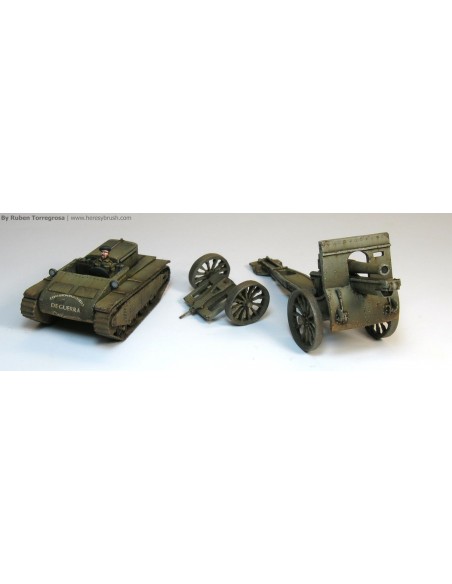 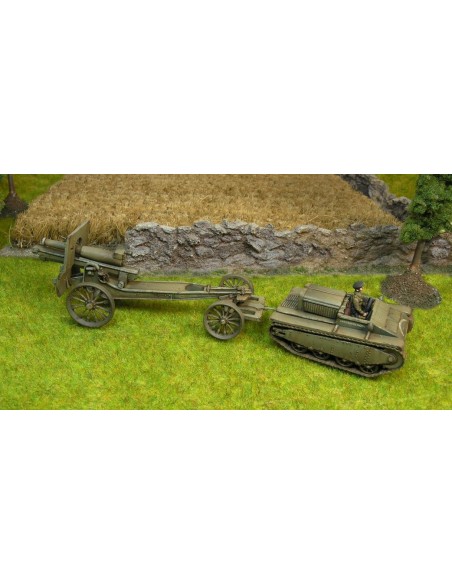 Among the several IGC Sadurní variants presented for approval, this tractor was the most lucky one, for it was produced even after the May 1937 severe riots, when the factory was seized from CNT hands by the Republic Government.

Variants of this tractor are known with two headlights, or just one, as well as with or wothout mudgards. One of those with mudguards was depicted around Ebro battlefield towing a 105mm gun, as it can be seen in the picture at left. 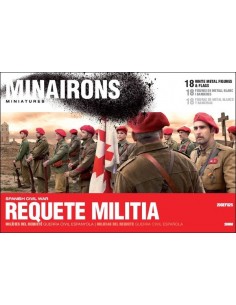 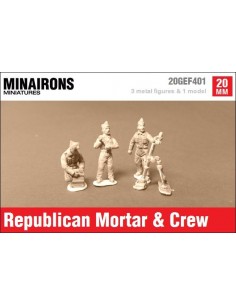 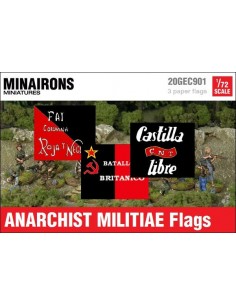 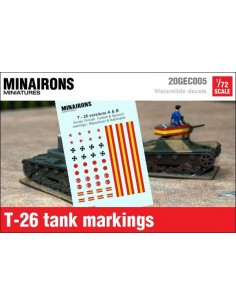 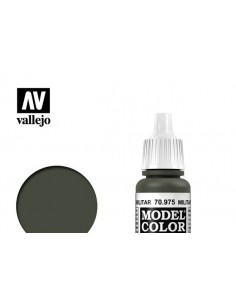 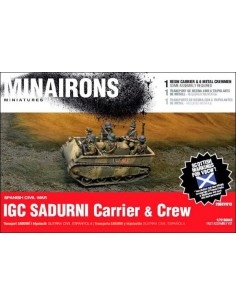 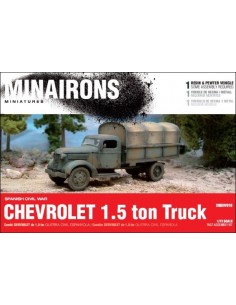 20GEV018
€14.95
1 high quality resin model kit consisting of 10 resin parts, 2 in hard plastic and 1 in white metal, besides of an also resin SCW driver. Assembly instructions and painting schema based in Vallejo range, on box reverse. 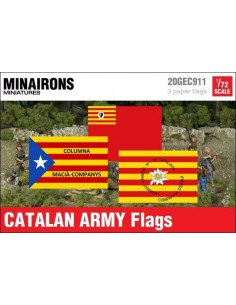 20GEE001
€4.95
Bagged set containing 1 resin model of a bailed out, or destroyed tank --this one, a German or Spanish Nationalist Panzerbefehlswagen I ausf. B command tank. Cast in one single piece. Sold unpainted only. 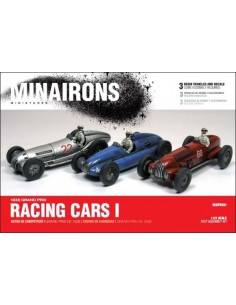