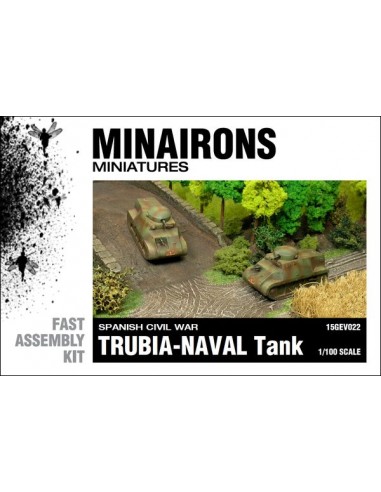 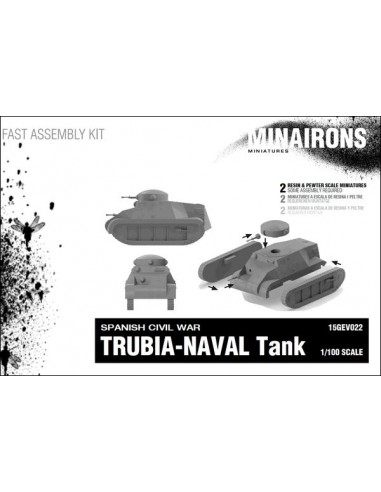 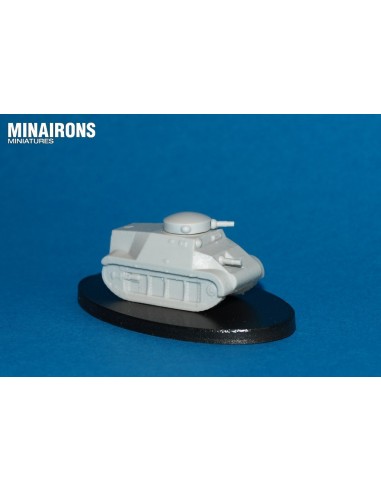 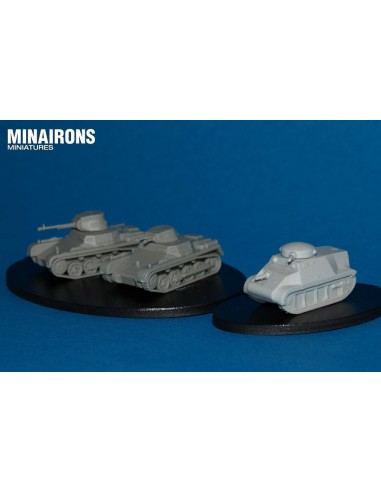 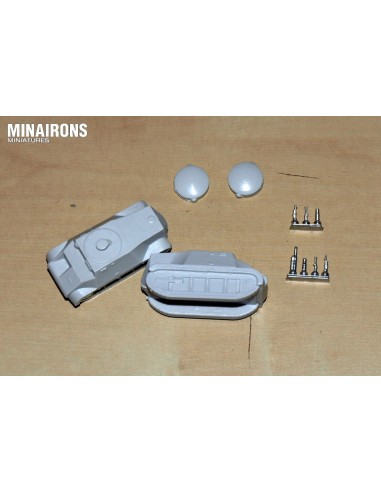 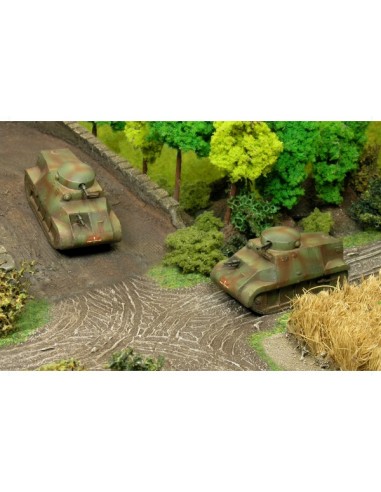 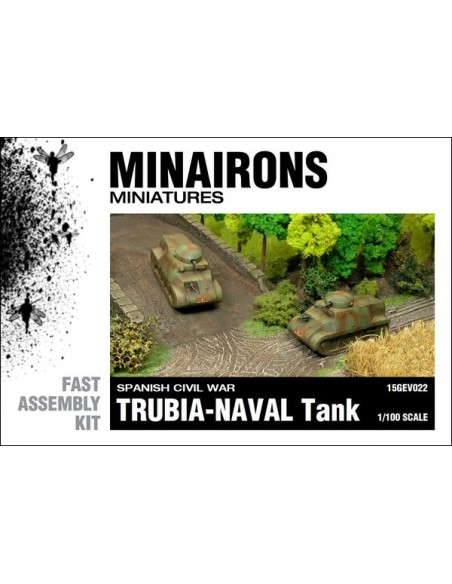 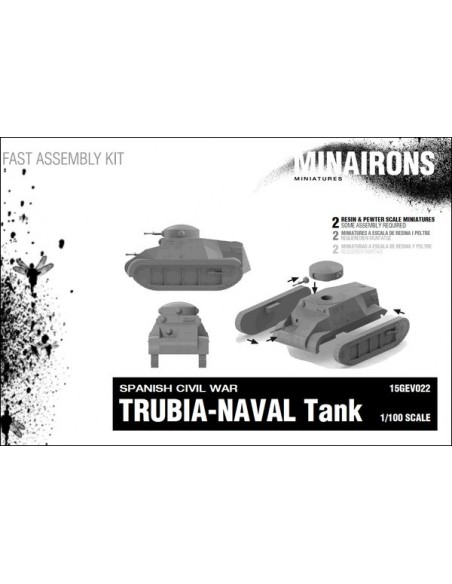 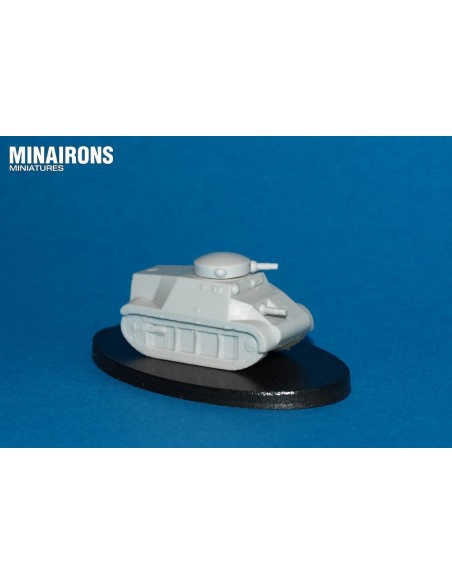 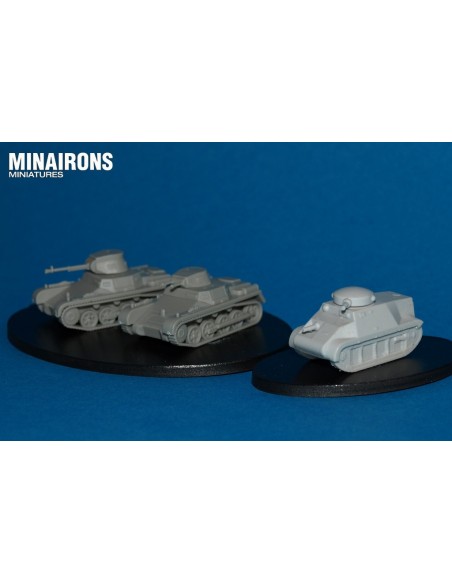 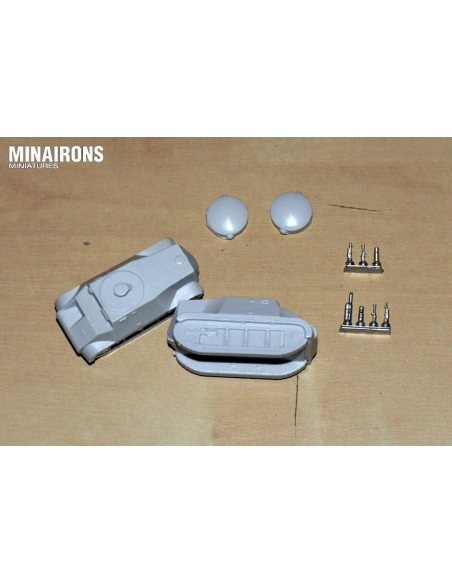 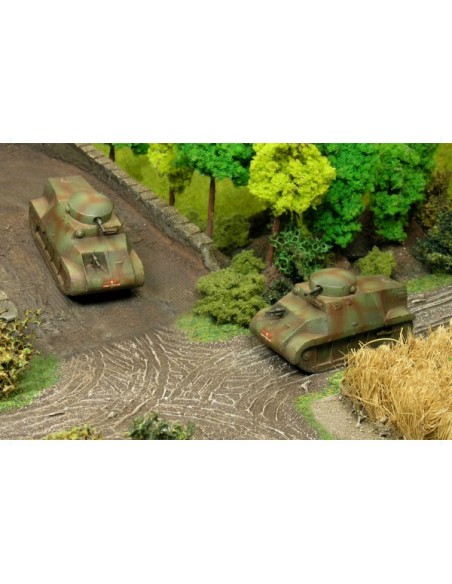 Boxed set containing 2 easy assembly resin model kits, each one consisting of just 2 resin parts, besides of two sprues for optional weapons (the one for hull, the other for turret). Assembly schema at box reverse.