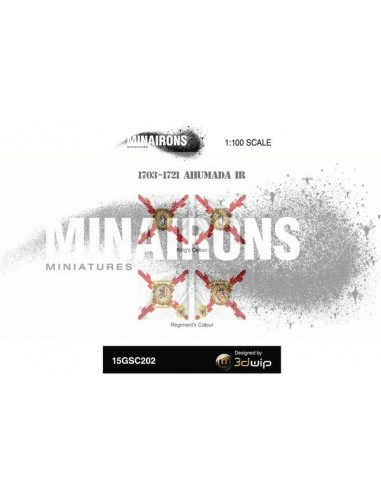 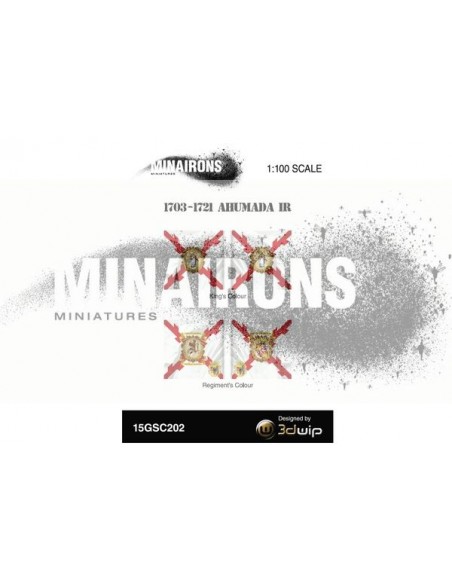 Printed DIN A7 paper sheet containing the King's and the Regiment's colours that belonged to the "Admiral of Castile" Infantry Regiment, better known as "Ahumada" Regiment on behalf of its first colonel. This unit was raised in Portugal in 1703 in support of Charles Habsburg's claims to the throne of Spain, lasting as such until 1721.