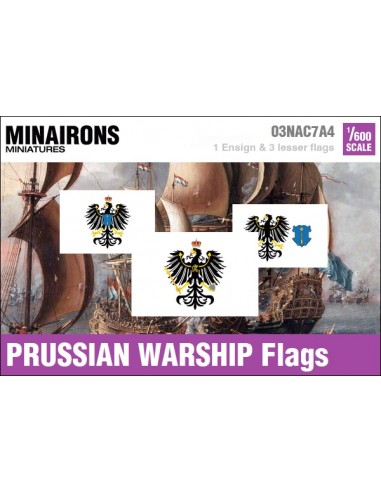 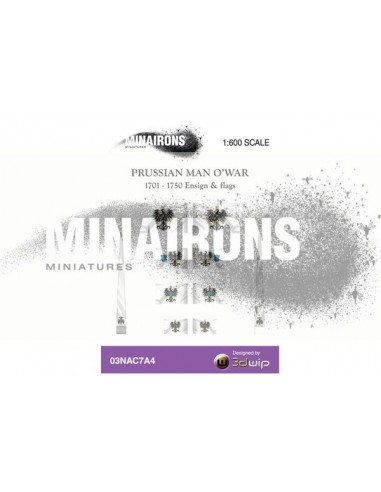 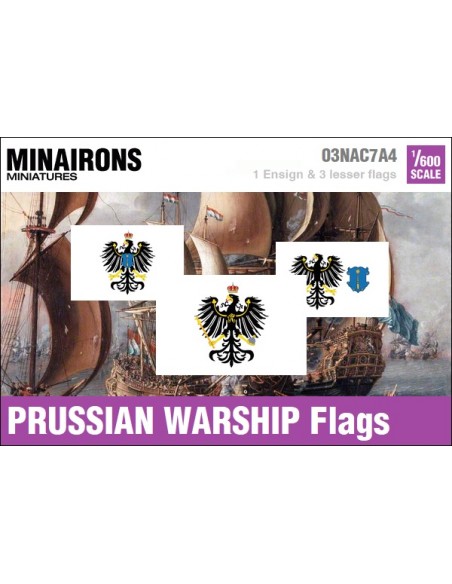 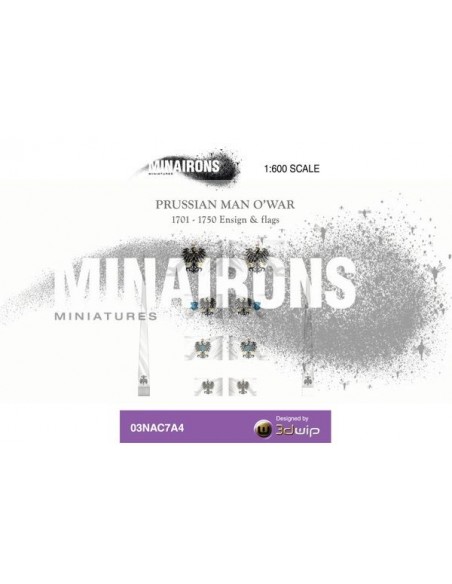 When in 1660, the Duchy of Prussia became independent of Poland, the way was opened to union with Brandenburg and thereby also the foundation of a Prussian state. In 1701, Prussia became a kingdom and from then until 1871. The Prussian war ensign remained basically the same all over this period --a black eagle on a white field, with only some style changes.

Sources: Flags of The World (FOTW) website:Kingdom of Prussia 1701-1918 (Germany) | Wikipedia(en):Flag of Prussia